When talking about basketry, we have in mind nothing other than weaving wooden carps, baskets or a variety of tools that attract only elderly people, rather than something we may think of buying ourselves.

Vassana Saima, Assistant Professor of Industrial Design at the faculty of Fine Arts and Architecture, Rajamangala University of Technology Lanna, and owner of the Vassana brand, has introduced a new perspective on basketry with usable, fresh fun designs. 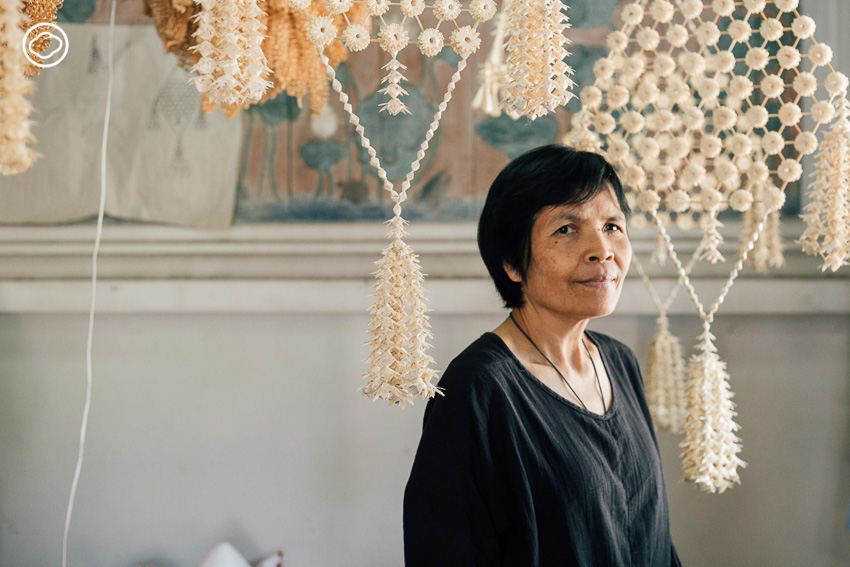 In her workshop, various pieces have been carefully placed on the shelves and ceiling. The room is filled with a range of basketry consisting of tiny woven carps, frogs, and flower garlands, all with different shapes and sizes waiting to be put together to produce something special.

The garlands seem wonderfully delicate — it’s hard to believe they are made of wood. There are even Thai ornaments, like those used in auspicious ceremonies, along with luxurious handbags no one can resist. 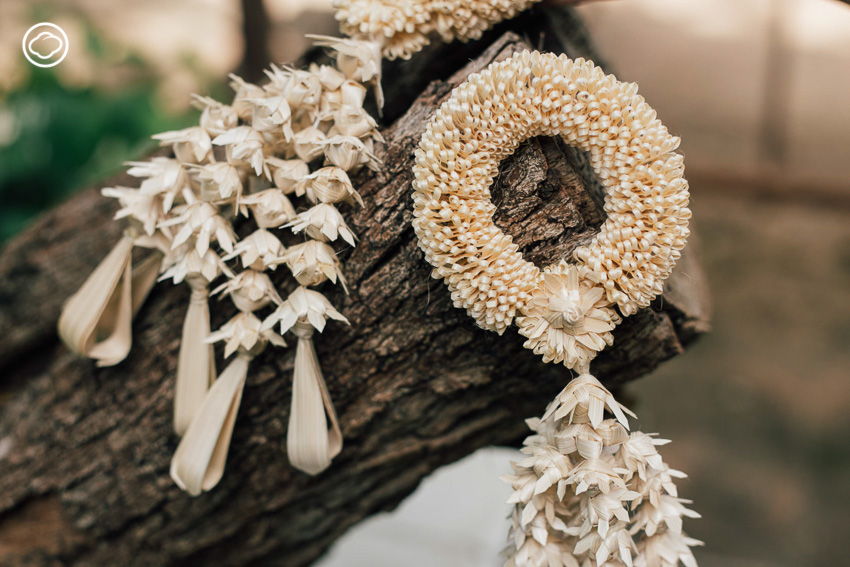 Lamps hanging from the ceiling illuminate the whole room. They are elaborately designed with the artist’s impression of beehives, bird’s nests, squids, corals, and various other animals, displayed in such a unique way.

Such creativity and uniqueness will completely change the way we feel about basketry. 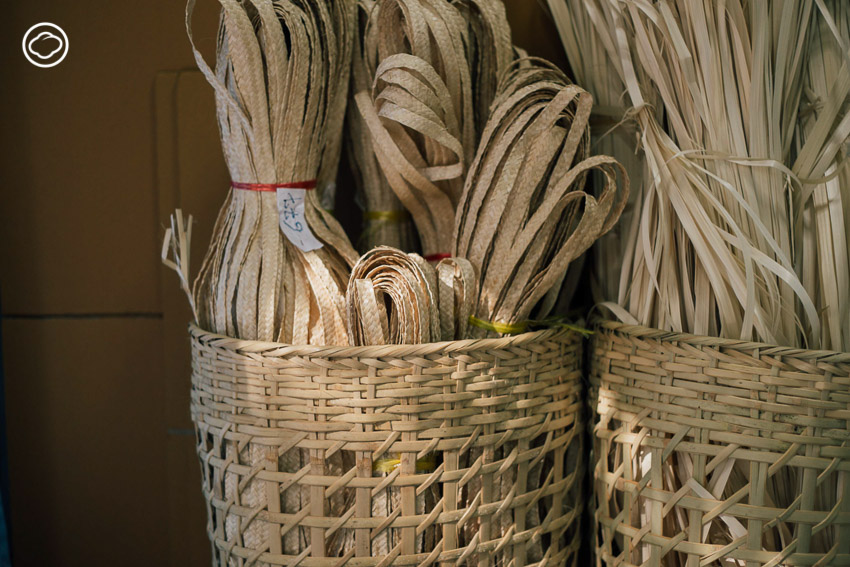 A study brought to life

Vassana’s ambition was not just motivated by the desire to sell something, she wanted to utilise the local bamboo materials to develop traditional basketry and create more jobs and income for the local community.

“There are a lot of handicraft workers in Chiang Mai. Just simply ask for one, and you will find a hundred”, said Vassana. Her time spent in the region has meant she has got to know the locals inside out.

Bamboo is more common in the North than any other parts of Thailand. It thrives in the region’s mountainous terrain and climate. Therefore, many elderly locals have knowledge and experience of basketry which has been passed down the generations.

“When I was researching traditional weaving designs, I had the chance to visit a number of local communities. Hence, I saw a lot of woven handicraft toys: frogs, turtles, prawns, and carps. All of these precious handcrafts were made for children and not for sale, although some simple woven handcrafts were sold cheaply to provide decorations for festivals. These weaving art pieces were painted and sold very cheaply, with woven hats and bags costing only about 10 to 25 baht — even then, some remained unsold. This inspired me to use these precious woven handcrafts to create a story and add more value to the products.”

So the Vassana brand was founded, based on the owner’s desire to preserve traditional basketry. 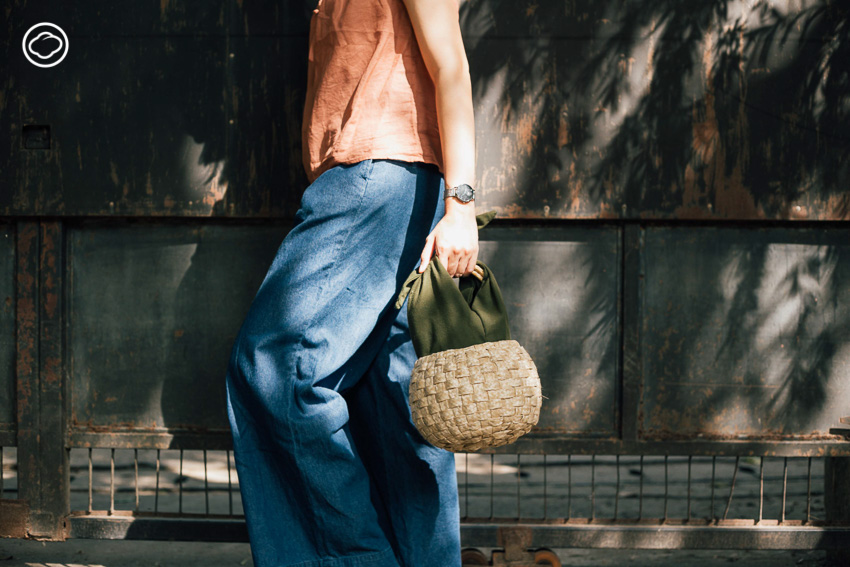 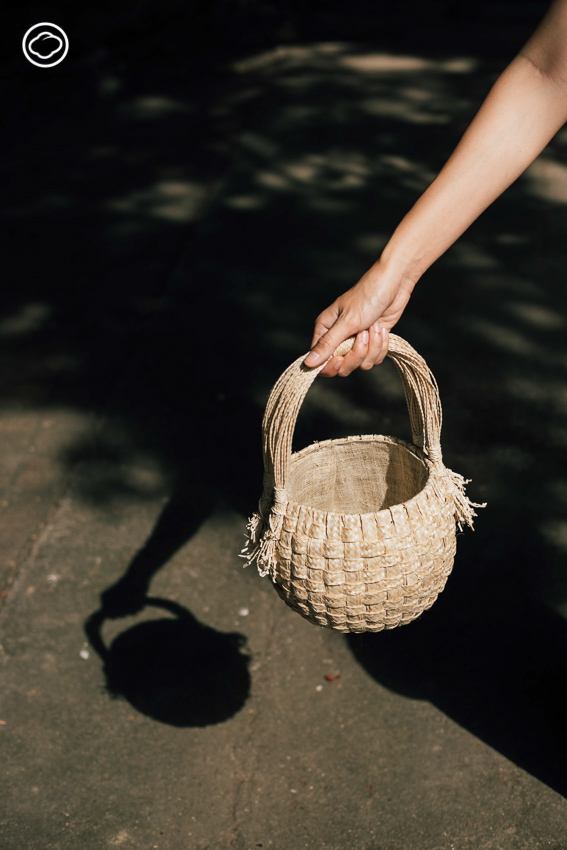 After receiving funds from the Support Arts and Craft International Centre of Thailand (SACICT), Vassana studied traditional designs to find those which offered the best usability. She discovered that bamboo grows taller in Payao than anywhere else. Typically, the bamboo found in Chiang Mai, Chiang Rai and Lampoon grows to approximately 80–90 centimetres high. However, Payao bamboo measures 100–120 centimetres which is better for weaving as longer length helps to quicken the process.

This discovery eventually led to a new weaving technique and created “the stripe” that became the inspiration for Vassana’s signature design.

“I took my inspiration from the ‘Aiyares Orchid’ (Rhynchostylis retusa), or what most Thai people know as ‘the Elephant Trunk Orchid’. I began to wonder if I could create some art pieces from the leftovers, so decided to make a spiral and use it as a core or sepal. Later on, this art piece became the centre of my life because it was an eco-design I created exclusively out of trash. I turned something useless into something useful.” 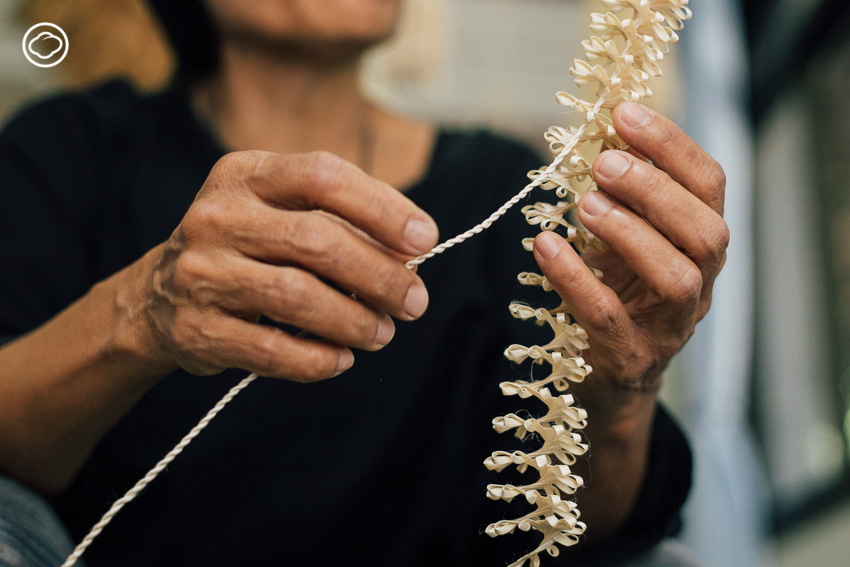 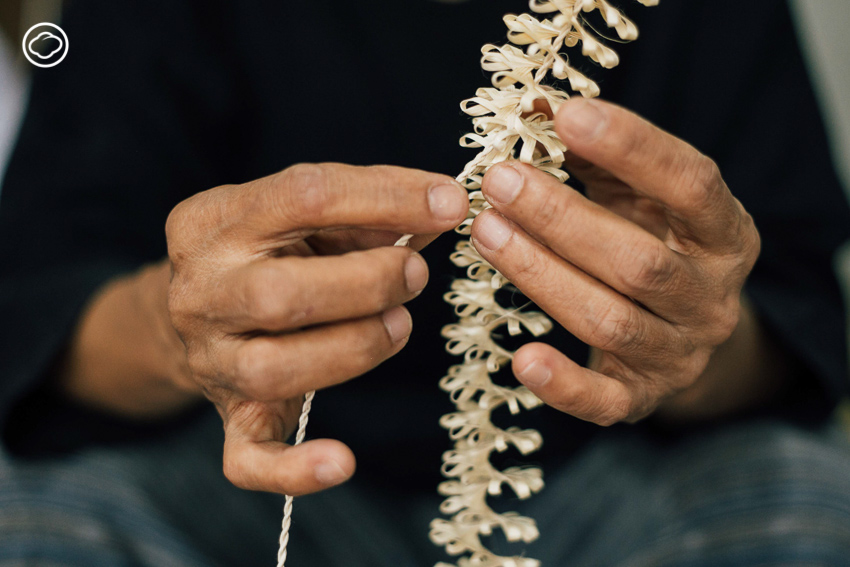 That design has now become Vassana’s own signature pattern and gained her first prize in the basketry competition at the Innovative Craft Award 2012 held by SACICT.

It was Vassana’s first step towards success.

“What people don’t know about woven bamboo products is that they stay mould-free for up to five years. After cutting the bamboo into pieces, it is then boiled and left to dry in the sunlight. When dry, the bamboo is stored carefully and we always soak it in water for three days before starting the weaving. We learnt this procedure from the locals. We also let customers know about the duration of the process and how to take care of the products. Bamboo is easier to take care of than people may think.”

Vassana, brand of the community

The success of the Vassana brand is not only due to the talent of Vassana herself, but also the contribution of the local community.

Every Vassana product is put together by skilled locals from over 20 regions in Northern Thailand, including Payao, Chiang Rai, Lampoon, and Chiang Mai, specifically from districts such as Mae Rim, Sarapee, Mae Taeng, Sanpatong, Chai Prakan, Chiang Dao, and many more areas where Vassana is trying to expand her network to collect enough skilled locals to meet market demand.

“A lot of locals are skilled in basketry but do not make that much income. So we teach them what we have learnt through research and they can sell their products to us. We will even provide them with a machine so they can have an effective tool to work for us. However, it is unusual for the locals to have only one job at a time. If they are not busy working on the farm, they will do something else to provide for their family and community.” 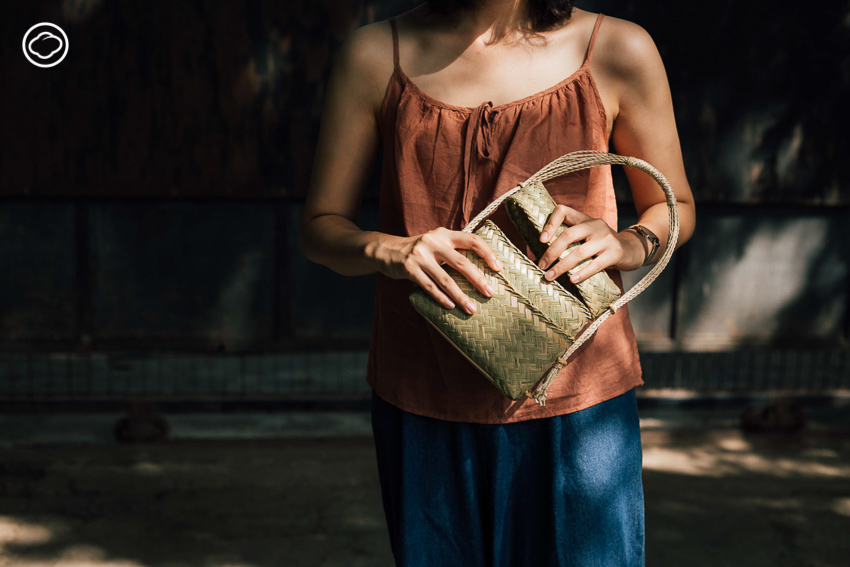 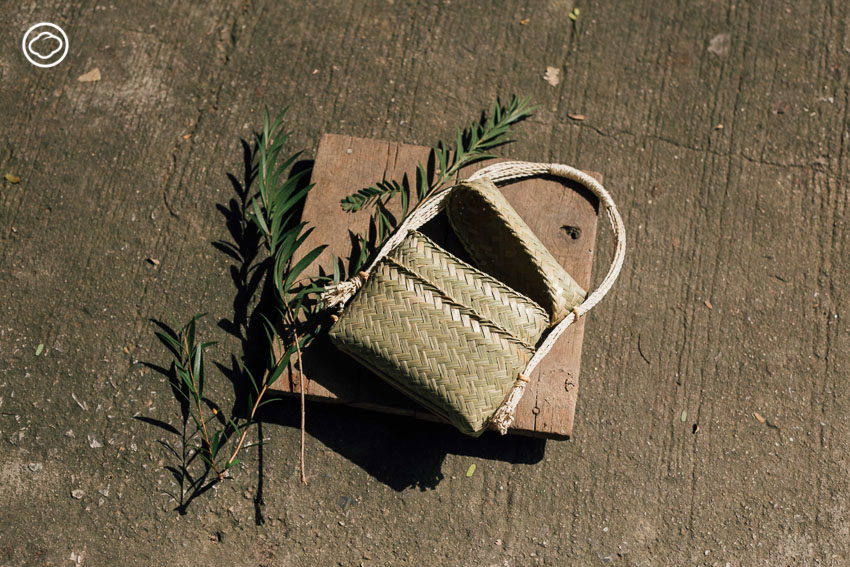 From a small spark of hope to creating extra work for the local community, Vassana has become one of the most eminent designers in the market. Her woven products are now the main source of income for many elderly people, stay-at-home mothers, and college students looking for work during school breaks.

“Some families use it as their primary source of income. Some get the kids to help and ask the elderly to carry out the quality control. Many did not know how to weave a bag before, but now they can earn 500 baht a day from weaving. Additionally, the elderly who never had an option to make money before can earn 250 baht daily now. It depends on how much they can contribute. Many of them cannot go out on the farm anymore. They let their husbands do the farming while they stay at their home earning money from weaving.”

From a handicraft that was once considered obsolete, Vassana has invigorated the tradition, providing the chance for it to integrate into the modern world, with new designs, creativity and usability that takes it beyond just an ordinary tool. 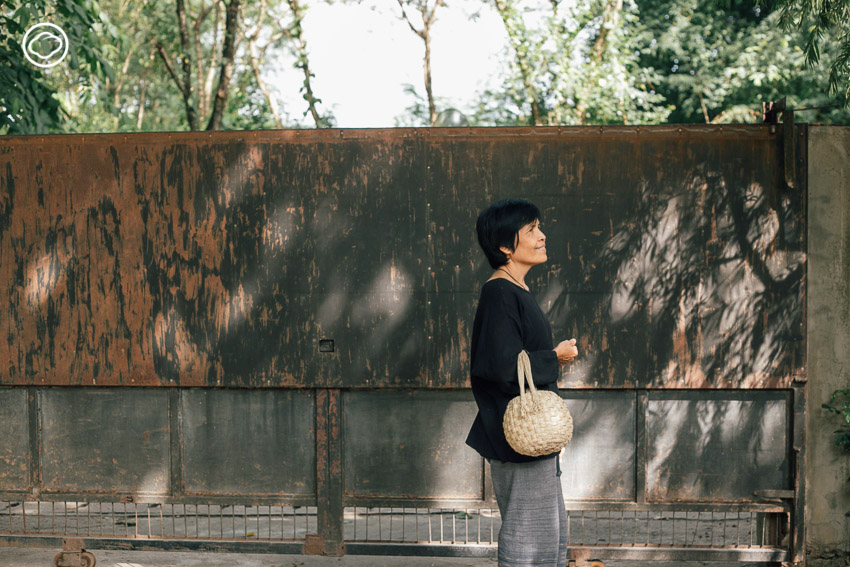 An old craft in a new world

A woven wooden carp not even worth 10 baht is now available to people around the world with support from the British Council and SACICT, which has also given Vassana the chance to work with new wave artists and discover a fresh perspective for improving the products and showcasing her work internationally.

The school of woven wooden carps, from the hands of locals and children, were swimming gracefully in the “Craft Pavilion”, an art exhibition and one of the highlights of the Wonderfruit Festival 2017, which attracts music fans from around the world.

The art piece is called “Wan” which means whale, and is the result of a collaboration between four designers: Naomi McIntosh, Saruta Kiatparkpoom, Piboon Amornjiraporn, and Vassana, to turn leftover metals into a majestic whale with thousands of woven wooden carps swimming inside.

This collaboration has brought traditional crafts such as woven carps into the world of installation art. With this display, Vassana has proudly proven that the work of the locals is no longer obsolete. 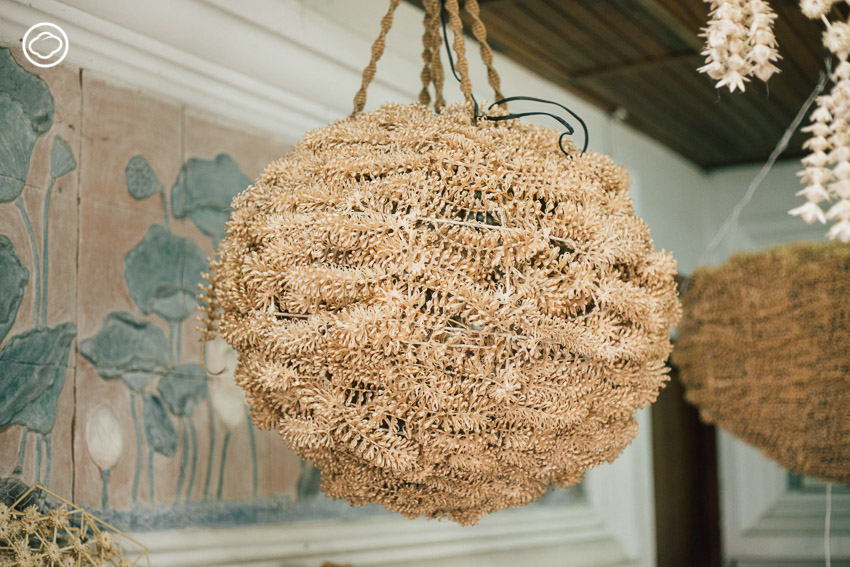 She has also brought her “Coral Lamp” to the Scottish–Thai Craft & Design Exchange exhibition in Edinburgh, as well as the Clerkenwell Design Week in London. In addition to showcasing at exhibitions, Vassana has also held a weaving workshop.

Consequently, it is really no surprise to see Thai weaving becoming a trend in modern life very soon.

Thanks to Vassana’s attempt to preserve this Thai handicraft, we can appreciate how interesting basketry can be for young people. It need not be just a decoration or an old craft that has lost its usefulness. Adapting to changes and creating value will keep Vassana’s products alive and move beyond just a woven carp. 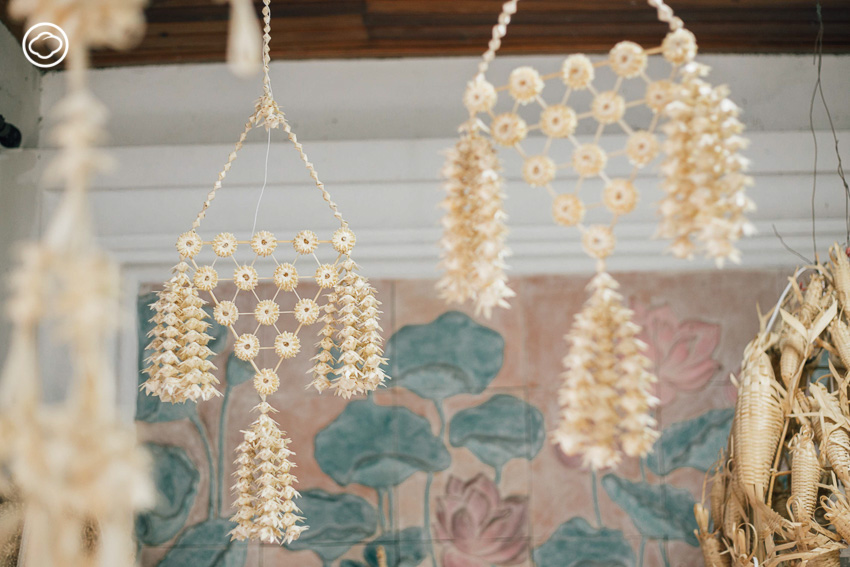 Crafting Futures supports the future of craft around the globe. This British Council programme strengthens economic, social and cultural development through learning and access. The Crafting Futures project supports practices and people, through research, collaboration and education. For more information, Click here 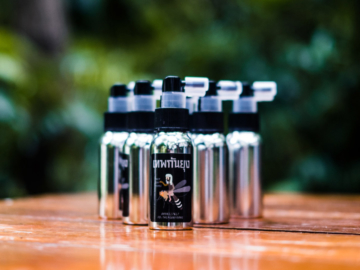 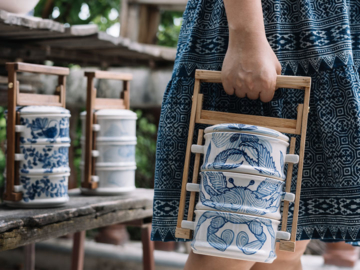 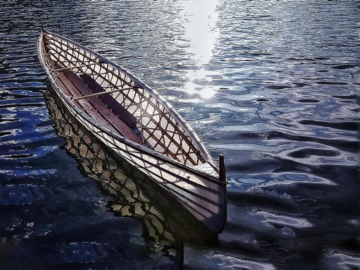 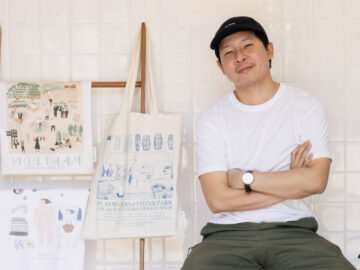 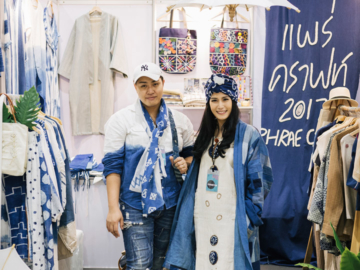 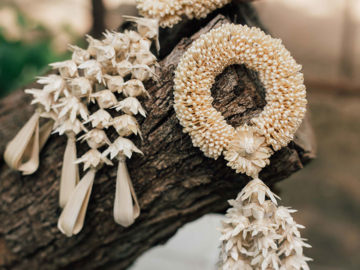 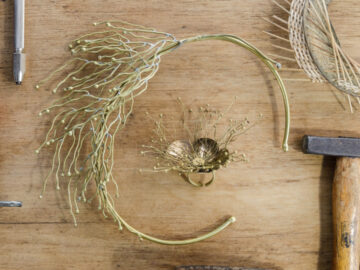 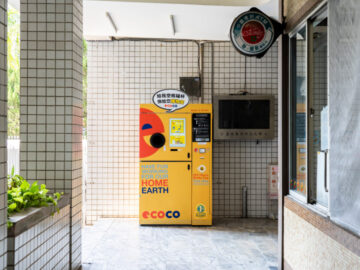 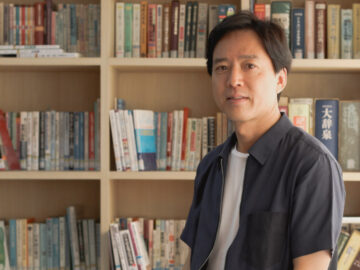 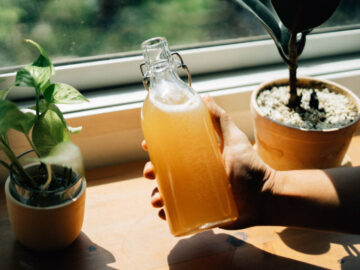 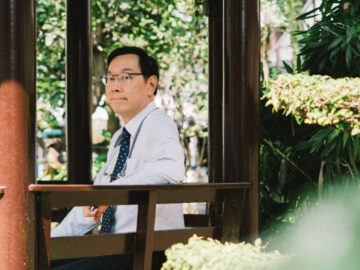 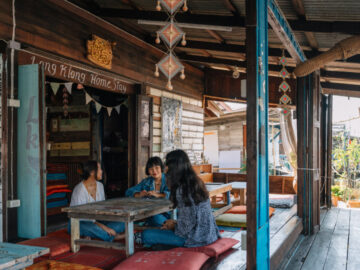